Up 2 Speed is a Sales Enablement & Creative Design Firm that helps clients to maximize their revenue and profitability via their sales teams, pre-sales teams, and from their indirect channels. Up 2 Speed also helps companies to take existing learning & messaging and turn this into creative and effective digital assets.

Tom King@TomKingUp2Speed“You can't talk your way out of problems you behave yourself into.” Stephen Covey - @Up2Speed_ #quotes of the Week!1 week agoJan 26

Tom King@TomKingUp2SpeedRT @dreamsforlife23: Gong Xi Fa Cai in 2023 to all of our Dreams For Life Supporters - wishing you and your family a Prosperous Year of the…2 weeks agoJan 22

Up 2 Speed@Up2Speed_RT @TomKingUp2Speed: What is Europe’s most experienced channel executive, Keith Carter, doing having a beer in #Singapore with @Up2Speed_ b…2 months agoDec 07

Up 2 Speed@Up2Speed_RT @TomKingUp2Speed: Whoa. Rare footage from inside the @Up2Speed_ #Singapore office of lead #eLearning designer Lillian, aka ‘The Kaiser’…2 months agoDec 07

Nick Dorney@NickDUp2SpeedRT @TomKingUp2Speed: What is Europe’s most experienced channel executive, Keith Carter, doing having a beer in #Singapore with @Up2Speed_ b…2 months agoDec 07

Up 2 Speed@Up2Speed_RT @TomKingUp2Speed: Why it is a no brainer that you should you get @Up2Speed_ to deliver @PreSalesMTS workshops to your #PreSales / #Sales…2 months agoNov 30

Gartner are predicting that from 2021 onwards, 75% of all business meetings will be virtual. The world has changed and will not go back to how it was. As such the key competency now required in the business world, whether you are in a leadership role, in sales, HR, or any other function is the ability to engage people and present to them virtually. Don’t let this freak you out though, Up 2 Speed, in partnership with Virtual Training Guru, Jim Wagstaff, has developed a series of awesome, highly customizable webinars on Virtual Facilitation excellence.

To find out more about how to make the most significant business disruption in the last 100 years become your greatest strength, click here

Up 2 Speed provides fully customized sales enablement solutions for all levels of sales organizations via their 6 Degrees of Sales Excellence curriculum. 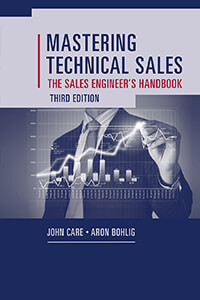 Studies show that today enterprise customers value Pre Sales Engineers / SE’s as being 2.5 times more important to them in the sales process than traditional sales reps. Up 2 Speed provides the best Pre Sales Enablement solutions in the world via their strategic partnerships with John Care and his Mastering Technical Sales curriculum & Peter Cohan and his Great Demo! workshop & methodology.

Please click here to learn from Up 2 Speed’s Cloud Expert, Martin Gregory, on how he drove Microsoft Cloud Transformation

Up 2 Speed has designed a highly customizable Digital Transformation / Digital Mastery workshop, to help companies understand the current 4th Industrial Revolution, what threats and opportunities it brings, and how to navigate the most rapidly changing technological time in human history.

Please click here for an introduction to the 4th Industrial Revolution from Up 2 Speed’s Lead Consultant, and founder of ‘The Digital Mastery Essentials’, Jim Wagstaff.

Up 2 Speed has a global, world-class team of over 60 facilitators, all of whom come to the table with high-level sales & leadership experience within leading multi-national companies. Up 2 Speed has local facilitators in – 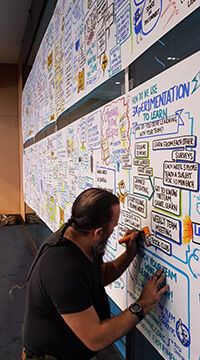 Up 2 Speed has the most highly regarded, accomplished, Creative Digital Design & Development team in the world today. With over 40 instructional & graphic designers, Up 2 Speed leads the way in the development of customized eLearning, corporate videos, animations, comic strip development, & live graphic recording services.

Please click here to view one of Up 2 Speed’s unique ‘Handimation’ videos.

Up 2 Speed has a strategic relationship with the most exciting & high octane consulting company today, Explore Performance. Be it driving the performance of leadership teams, creating true high-performance cultures incorporates, or proving compelling content for large scale events, Explore Performance drives very real business outcomes in a way that you will not have seen before. Not a fit for anyone who is boring or lacks imagination! 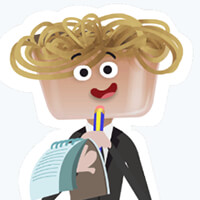 Up 2 Speed has a strategic relationship with Noodle Factory, the world’s leading animated video design company, and Artificial Intelligence specialist consultancy. Meeting their uber-smart Chat Bots Winnie & Walter is a must, and they also have some amazing off the shelf online business skills eLearning modules. 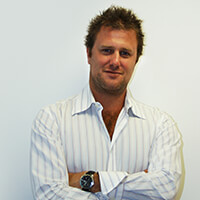 Tom has worked in the learning industry since his days working at ASK Learning in Sydney. In 2003, Tom relocated to Singapore to start ASK Learning’s Asia business. In 2012, with long-time accomplice Nick Dorney, Tom founded Up 2 Speed, where today he acts as Managing Director and is focused on driving the sales side of the business globally. In 2019, Tom agreed to become a shareholder in Explore Performance and acts in a consulting capacity for the business.

Did you know? Tom keeps busy looking after his family which includes 4 kids and 2 dogs. He does not get much sleep. 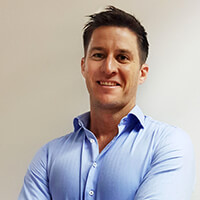 Nick started his career with ASK Learning in Sydney in 2005, and in 2007 relocated to Singapore to help drive the Asia business. Along with Tom King, Nick left ASK Learning to start Up 2 Speed where today he is the Director of Sales & Operations. In 2019 Nick also agreed to become a shareholder in Explore Performance where he helps drive both the sales & operational efficiency.

Did you know? Nick is a keen cricketer for the Singapore Cricket Club and in 2019 was selected to play some international matches for Singapore. 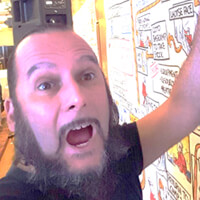 Gene has worked with both Tom King & Nick Dorney for over 15 years and today is recognized as Asia’s number 1 Corporate Artist. Gene leads Up 2 Speed’s vaunted corporate art / heART team. Gene also remains hands-on in his role and is an outstanding live graphic recorder, animator, and video producer/director.

Did you know? Gene is also a published author of Graphic Novels, and also had a leading role in Singaporean Kung Fu short movie – “Bounty” (rated R). 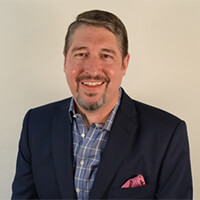 Jim used to be a long-time client of Tom and Nick’s but these days is Up 2 Speed’s leading Sales Consultant globally. Alongside this, Jim is also a non-executive director of Up 2 Speed and provides strategic advice & guidance on the running of Up 2 Speed. Having held senior regional roles with companies like Brocade, Dell, and HP, Jim comes with heavyweight experience in leadership & sales that is accessible to our clients. Jim is fantastic at customization of content and also in creating content from scratch. Alongside this Jim is recognized as being one of the world-leading facilitators of training.

Did you know? Jim is a proponent of Jujitsu & mixed martial arts, but at 6ft8 if you take him on you will need to get on his inside. 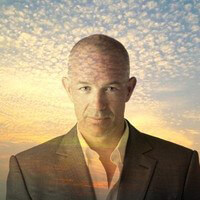 Brings the Rock’n’Roll element to Up Speed, Martin is one of Up 2 Speed’s leading sales consultants & facilitators. Based out of Sydney, Martin tends to spend most of his time on a plane travelling to all corners of the world for various engagements. Martin worked for Microsoft for 20 years in their channels business, and also assisted in their transition to selling Cloud / SaaS solutions, hence brings serious expertise to the table in these areas.

Did you know? Martin is a motorbike enthusiast and was a former racing car driver. 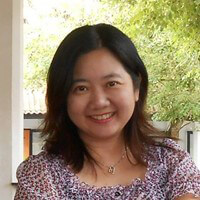 Known as the Kaiser for the strict adherence to our clients' processes & timelines, Lillian leads the Up 2 Speed Digital Design team, of which there are 35 members. Alongside leading this team, Lillian is also hands-on as Asia’s most experienced eLearning / Digital Asset Instructional Designer. The modules that Lillian designs would win multiple awards globally if only we weren’t so dam busy and had time to go through the nominations processes.

Did you know? Lillian engages in lots of charity work through her church and is in the process of raising two daughters who are achieving some seriously good results at school - future Up 2 Speed recruits? 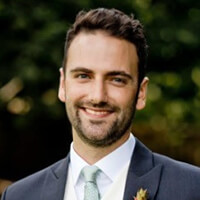 Tom is the founder & Managing Director of Explore Performance and is also a shareholder in Up 2 Speed, where he acts in a sales capacity. After graduation from Leeds University Tom set out on a Gap year travelling Asia where he met Tom & Nick, who managed to convince him to not go home and join the team. Tom is widely considered the best young sales talent in Asia, and one of the leading entrepreneurs under the age of 30.

Did you know? Tom is a keen Rugby Union supporter and plays for the Singapore Cricket Club where in 2018 he kicked a penalty goal after the siren (with a hangover) to win the grand final that year. 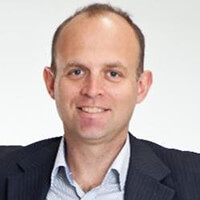 Michael started his career at ASK Learning in Sydney in the 1990s, as a learning coordinator before moving to Beijing to start the companies China operations. After leaving ASK, Michael started the very successful learning consultancy People to Perform in Beijing. In 2016 Michael moved to Munich, Germany, where he agreed to start and run Up 2 Speed Europe.

Did you know? Michael is fluent in Mandarin, and went to university in Beijing in 1990, is one of the first foreign students to study in China. Michael is also in the process of learning German. 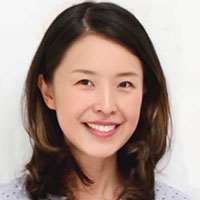 Currently living in Toronto, Canada, Tianwei began her career at A.S.K Learning in Beijing in 2004, as a Training Coordinator. Tianwei has always collaborated closely with her clients and facilitators, and has extensive experience managing complex training rollouts globally.

Did you know? Tianwei first met her husband when they were both 5 years old. These days, they have three cute, and (usually!) well behaved children. 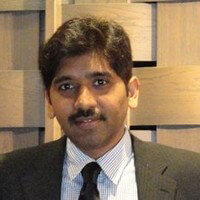 Ajay runs the Up 2 Speed India office, based in Pune, India. Having worked with Tom & Nick for almost 20 years, Ajay was an early supporter of Up 2 Speed, before agreeing to an Indian joint venture in 2016. A top instructional designer in his own right, Ajay leads the most talented team of instructional designers, graphic designer, and programmers in India.

Did you know? Ajay is a huge cricket fan and dog lover. If you ever visit Ajay in Pune, ask him for a tour of the Osho Ashram.